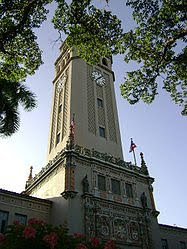 A recent CNN article notes that 45,000 American deaths can be associated to a lack of health insurance. American citizens living in Puerto Rico are disproportionately affected by these deadly statistics.

According to a USA Today analysis of new government data, patients in Puerto Rico die at statistically higher rates from heart attack, heart failure, and pneumonia than those admitted to US mainland hospitals. While 11.6% of patients stateside admitted for pneumonia die within 30 days, that number rises to almost 15% in Puerto Rico. Death rates for heart attack are also above average (18.6% vs. 16.5%) and are slightly higher for heart failure (12.1% vs. 11.2%).

The higher death rates in Puerto Rico shine a light on unequal federal and state health benefits based largely in part to the territory’s political status. For more information on why Puerto Rico needs strong health reform read the latest political column in EL BORICUA.